For many people, when they heard the words "Open-source" and software in the same sentence there are snorts of derision, winces of pain and generally a bit of a chuckle made under bated breathe. As if they had heard the inane ramblings of a religious zealot on the street, promising mankind's impending doom. I'm going to be the guy who stands there and laughs at both parties for differing reasons. In the case of the former party of people, I am willing to bet only 10% of them have actually given open source software a fair shot (other than using VLC to play their video files) - in the case of the latter, well; without getting too political or religious, there are always problems with fully believing in things to the extent of misguided zeal. Anyway, I'm here to say that in the majority of cases open source software can be utilised by most people without many compromises being made.

It should also be noted that, whether you know it or not, you almost certainly interface with a device running some sort of open-source software on a daily basis. Be it the phone you are using (android is open-source and based on Linux), the television you watch (most 'smart' televisions use some sort of modified Linux as their operating system), or the websites you browse (the most popular web-server, Apache, is open-source).

I myself used to think that open-source could never be as good as proprietary and paid software; how could it be? For every open source project there is a person or a team of people sometimes breaking, always maintaining and hopefully improving and updating the software they have decided to look after. All the while often times not getting any financial support for their time and effort. How open-source groups ever bothered and created software as good as companies with their big bucks, proprietary software was beyond me. As I delved deeper in to the depths of the open-source ocean, I began to understand.

Dipping my feet in the open-source waters

My first forays into the open source world saw me occasionally dipping my toes into the open world pool by spinning up a virtual machine with some sort of Linux/ GNU distribution (whilst many people know or have heard of Linux, it is a very small part of the operating system, GNU is a lot of the rest of a Linux-based operating system), loaded on it. Like many people I started out with, Ubuntu.

At the time (5 or so years ago), it all went very well, within a virtual machine. Unfortunately as soon as I tried to escape the confines of a virtual machine and install a distribution to bare metal things began to break. No more wireless internet and dodgy audio problems would hound me - problems big enough for me to quickly withdraw my toes from the metaphorical pool and return to the known quantities of proprietary software, where I felt safe.

For some reason though I was always drawn back by my inquisitive nature to that pool in which my mind knew could offer a boundless sea and break the confines of proprietary software with which I had been used to.

Slowly and steadily my toe dipping became a habit, and as I learnt more about Linux/ GNU software I was able to orientate my way through hardware issues and understand a bit of the inner-workings of the system (something which would have been impossible if it was not open-source software). Combining this with the fact that using Linux was becoming more simple, kernel updates were including more hardware and generally usability was increasing. It all amounted to meaning that no longer was Linux/ GNU the land of keyboard warriors typing away at their terminals, it was a haven from the choking confines of proprietary software for all, and I was loving it.

Open source is so great because it allows a community to constantly cross-check each little thing about it. This usually leads to a greater degree of security, stability, transparency and flexibility. In my case the latter two are most appealing - if I can look and see what a program is doing and how, then maybe I can alter it to perform exactly how I want, the epitome of flexibility. These communities can vary in size from a few people working a very small application to large corporate entities working on a whole operating system.

It allows people to learn from accomplished programmers and see how they solved problems within their program, or utilised a certain algorithm to get a particular output. It allows you, the user, to go in there and learn by breaking and hacking it in any way you see fit, with no repercussions. And potentially, best of all, it does all this through a community of talented individuals who want to allow people this freedom in using software. Not through some big corporate machine who wants to find another potential way to eek out more money from their users.

Taking a dive into the ocean

Very recently I have totally abandoned the safety of a virtual machine and have started using a Linux/ GNU based system for my daily driver. I am currently writing this on a laptop running KDE neon (an awesome Linux distro combining the tweakabillty of KDE, with the stability and general look-up-ability of Ubuntu) and have been able to alter every aspect of how I want it to look.

After learning a bit about the inner workings of how the desktop environment worked I have even been able to go so far as to make the clock widget look very OSX like (I am not going to lie, I really do appreciate the design aesthetic of OSX and their general UNIX like operating system. I am just not a fan of their company policies and the totally closed eco-system they have created... Want to add music to your mp3 player? Ok, just connect it to our proprietary software and we will allow you to), this would have been impossible on closed-source software. In fact I have been able to customise my installation to almost exactly like OSX as can be seen in the screenshot of my desktop below (and yes, I know - spotify isn't open-source :p).

Even as a somewhat creative person I am/ have been slowly shifting my software usage from the usual A**** software conglomerate to open-source alternatives. It's ideal for web-design and development too, developing on a Linux based machine is ideal as you can almost exactly recreate the Ubuntu based LAMP stack which your webserver is most likely running. I understand in industry you may be expected to use the proprietary software, but almost always the open-source alternative can do exactly the same job, if not more. I will also admit that if you are an avid PC gamer, then making the move to Linux may not be for you. There just aren't enough major releases by studios to cater for Linux gamers.

So do yourself a favour, go out and try some open-source software. Start small with something like Libre Office, and see how freeing it can be. You may even end up running a Linux/ GNU OS on your own computer.

I will be adding to this series of posts over the next coming weeks and months so keep your eyes peeled, or feel free to sign up to the subscription service which will send you updates of all the new blogs posts every week (if they occur that frequently), directly to your inbox! 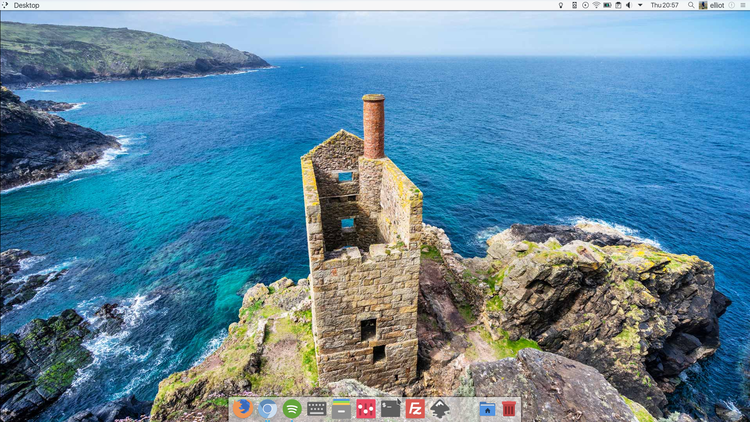